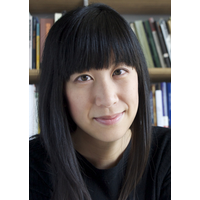 Deborah Jian Lee is a Chicago freelancer who found her niche in journalism after abandoning a career in finance. A former Associated Press reporter, she’s written about corruption at Chinese adoption agencies for The Atlantic and recorded a story on Chicago garbage pickup for WBEZ. This month Beacon Press will publish her first book, “Rescuing Jesus: How People of Color, Women and Queer Christians Are Reclaiming Evangelicalism,” with the Twitter hashtag #rescuingjesus and a launch party at 6 p.m. Nov. 17 , 2015 at the Barnes & Noble at State Street and Jackson Avenue.

Does (the book release) feel real?

Not really, not yet. It’s one of those things that you work on for it for years, and it’s like, ‘Is it ever going to come out?’”

Was there a particular moment (researching the book) when you realized that everything people have been thinking about evangelical Christians – that they’re white, that it’s totally male-dominated, it’s unfriendly to gays and lesbians – was there a point that you realized that was becoming dated?

One of the moments that really stood out for me came early. It started when I was in journalism school reporting on the 2008 elections. An assignment to report on a subculture, and how they were voting. I wanted to look at evangelicals because I used to be part of the evangelical world, and I knew that the evangelical world as I knew it didn’t quite match up to the media portrayals of it. I had seen friends of mine who were once very caught up in the culture wars start to transform over the years. My roommate in college, in the 2008 elections, she was very torn between Gore and Bush, and she ended up voting for Bush because he was pro-life. That was the stereotype of how evangelicals vote. She did feel that pressure. But then in the 2004 election, as she saw how the Republican policies played out, she voted for John Kerry. In 2008 she voted for Barack Obama and was open about it. She didn’t hide that she was voting for a Democrat. She made this transformation over the course of the Bush administration, and as I started reporting the story, I noticed many other people were doing the same thing.

How did you tackle the reporting for the book? Did you have a dedicated period of time to write it, or were you working on it while you had lots of other smaller projects?

It was something I had on the side for many years. It was kind of one of those slow burning ideas that I was working on, and then eventually I wrote a book proposal, sold the book, and it became more and more a part of my workload.

I’m particularly curious about the bit that mentioned people who came out and then were still in their churches, leading ministries.

One of the most interesting stories from the book comes out of Biola University in southern California, one thing you may or may not know about a lot of Christian universities in this country is that many of them have student code of conduct policies. It usually includes no drug use, no premarital sex, and many of these Christian universities have these requirements that include what they call, “No homosexual behavior.”

Biola is one of the schools that prohibits same sex relationships. In 2012 some gay students formed this secret society. At the time they called themselves the Biola Queer Underground. Through anonymous emails and anonymous texts and scouring Facebook for clues about who else might be queer on campus, they formed this network so they could support each other, because they were in this environment that was so hostile to who they were. In that experience they found their true Christian community. I actually found out about them and was talking to one of the leaders, and she told me that a number of them were going to come out and actually publish a yearbook that had their names and faces so their community would know that queer Christians do exist and their stories matter. So I flew out to California and was there to witness their coming out process.

I noticed a lot of your stories are from China, about China. Being a foreign correspondent – is that as glamorous as it sounds?

No. It’s not glamorous. It’s definitely rewarding. When I was in China, I went there on a grant from the Pulitzer Center, and I went with a reporting partner. We did a story on migrant workers in China. We stayed in pretty basic conditions. We were in a remote mountain village that didn’t have much electricity or have running water. The first night we got there I was brushing my teeth with a bottle of water and spitting into the darkness.

What are your thoughts on the freelance life versus being on staff?

It’s a mix. As a freelancer you have to balance your passion projects which ususally don’t pay as much with projects that pay better and that you can turn around. I feel like that’s kind of the way journalism in general, though, right? Even when you’re on staff, you have the long enterprise stories that you’ve got cooking on the side and the daily pieces that you’re putting out there. Freelancing is more precarious, and staff is more stable.

That’s a good question. I do have a second book idea. I’ve done some interviews and I’m working on shaping it, but it’s really in it’s beginning form. I also had a baby year, so in terms of what I’m working on, that’s been taking up a lot of my time as well. But as a freelancer, once you have a huge project like this wrap up, that is a really, really big question.